Postponed due to the Corona situation. New dates will be announced in due course. Click here for the original CfP: Bangladesh Studies across disciplines
Zeitschrift für Indologie und Südasienstudien
South Asia Institute Papers

We cordially welcome Ina Buchholz in the administrative team of the South Asia Institute as successor of Ms. Ursula Rott. She graduated from Heidelberg University in 2009 with a Magistra Artium in Islamic Studies and Jewish Studies. After working in the Research Collaboratory “Ritual Dynamics”, she moved to the Cluster of Excellence “Asia and Europe” where she has been coordinating the Chairs “Visual and Media Anthropology” and “Buddhist Studies” since 2009. Besides that she became Coordinator of the Nepal Heritage Documentation Project (NHDP) from 2018 – 2020.

The South Asia Institute cordially welcomes Kama Maclean as the new head of the Department of History of South Asia. Kama Maclean is a historian of South Asia, specialising in the experience of colonialism in north India, with an interest in political communication in colonial India. She was trained in the School of Politics at La Trobe University in the 1990s and completed a PhD on the history and politics of the Kumbh Mela in 2003.

The resulting book, Pilgrimage and Power: the Kumbh Mela in Allahabad, (New York: Oxford University Press, 2008), was awarded an honourable mention in the AAS´s Coomaraswamy Book Prize in 2009. Kama Maclean´s second book, A Revolutionary History of Interwar India: Violence, Image, Voice and Text (New York: Oxford University Press, 2015), demonstrated that the oft-averred dominance of Gandhian nonviolence in the historiography of the nationalist movement is not borne out by a close examination of a range of oral, material and visual culture sources.

Another research focus of Kama Maclean is a contribution to global imperial history, focusing on the triangular relations between Australia, India and Britain in the early twentieth century. Her book British India, White Australia: Overseas Indians, Intercolonial Relations and the Empire, 1901-1947 (2020) and several articles cover the history of the Indian diaspora in Australia.

Currently, Kama Maclean is working on a project to bring the findings of Sound Studies to a study of the Civil Disobedience Movement, through an analysis of songs, slogans and speeches.

Before taking up the History Chair in the SAI, Kama Maclean was Professor of South Asian and World History at the University of New South Wales. She has been the editor of South Asia: Journal of South Asian Studies since 2010. She is also a Fellow of the Australian Academy of Humanities and the Australia-India Institute and in 2019, she was Fellow at the National Library of Australia, supported by the Harold S. Williams Trust. 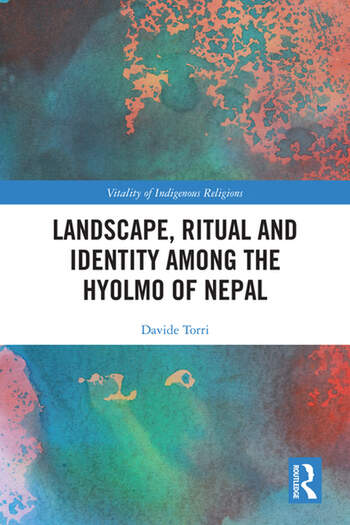 Routledge recently published a new book by Dr. Davide Torri entitled "Landscape, Ritual and Identity among the Hyolmo of Nepal - The Buddha and the Drum". Torri was professor at the Department of Anthropology at the SAI in summer term 2019, now he is researcher at the Department of History, Anthropology, Religions, Performing Arts, at Sapienza University of Rome. Detailed information is available here.

This book analyses the social, political and religious life of the Hyolmo people of Nepal. Highlighting patterns of change and adaptation, it addresses the Shamanic-Buddhist interface that exists in the animated landscape of the Himalayas.

Opening with an analysis of the ethnic revival of Nepal, the book first considers the Himalayan religious landscape and its people. Specific attention is then given to Helambu, home of the Hyolmo people, within the framework of Tibetan Buddhism. The discussion then turns to the persisting shamanic tradition of the region and the ritual dynamics of Hyolmo culture. The book concludes by considering broader questions of Hyolmo identity in the Nepalese context, as well as reflecting on the interconnection of landscape, ritual and identity.

Offering a unique insight into a fascinating Himalayan culture and its formation, this book will be of great interest to scholars of indigenous peoples and religion across religious studies, Buddhist studies, cultural anthropology and South Asian studies.